But if these things are on the dining table, you can be sure to hurry and get yourself one of the Flautas de Pollo before they’re all gone. Finally, they are typical Mexican stuffed corn tortillas. But nothing is fixed here, because here is not a recipe, but many different versions of it. In my opinion, the chicken stuffing is the most popular, so that’s how we make it.

In Mexico, this dish is part of “antojitos”. A collective term for small snacks and appetizers, but also for Mexican street food in general. By the way, the name Flautas is derived from the word flute. And this describes the long cylindrical shape of the dough very well. Usually tortillas are heated, filled and rolled and then fried in hot oil. It is not completely covered in oil and fried, but heated in a lot of oil. It’s like schnitzel. You can also just cook them in the oven. Just brush with a little oil and cook in the oven at 180 degrees for about 10 minutes on each side.

I personally love flautas de pollo with tagine and cumin spices and a little cocoa powder. The former brings freshness and spice to the dish, cumin adds aromatic depth, and cocoa powder takes on the aroma of black beans. You can change not only the ingredients, but also the spices. Here we have compiled a list of the most important Mexican spices for you. Worth a look!

We will give you some more recipes so that you can use them more often in the future. Bye! 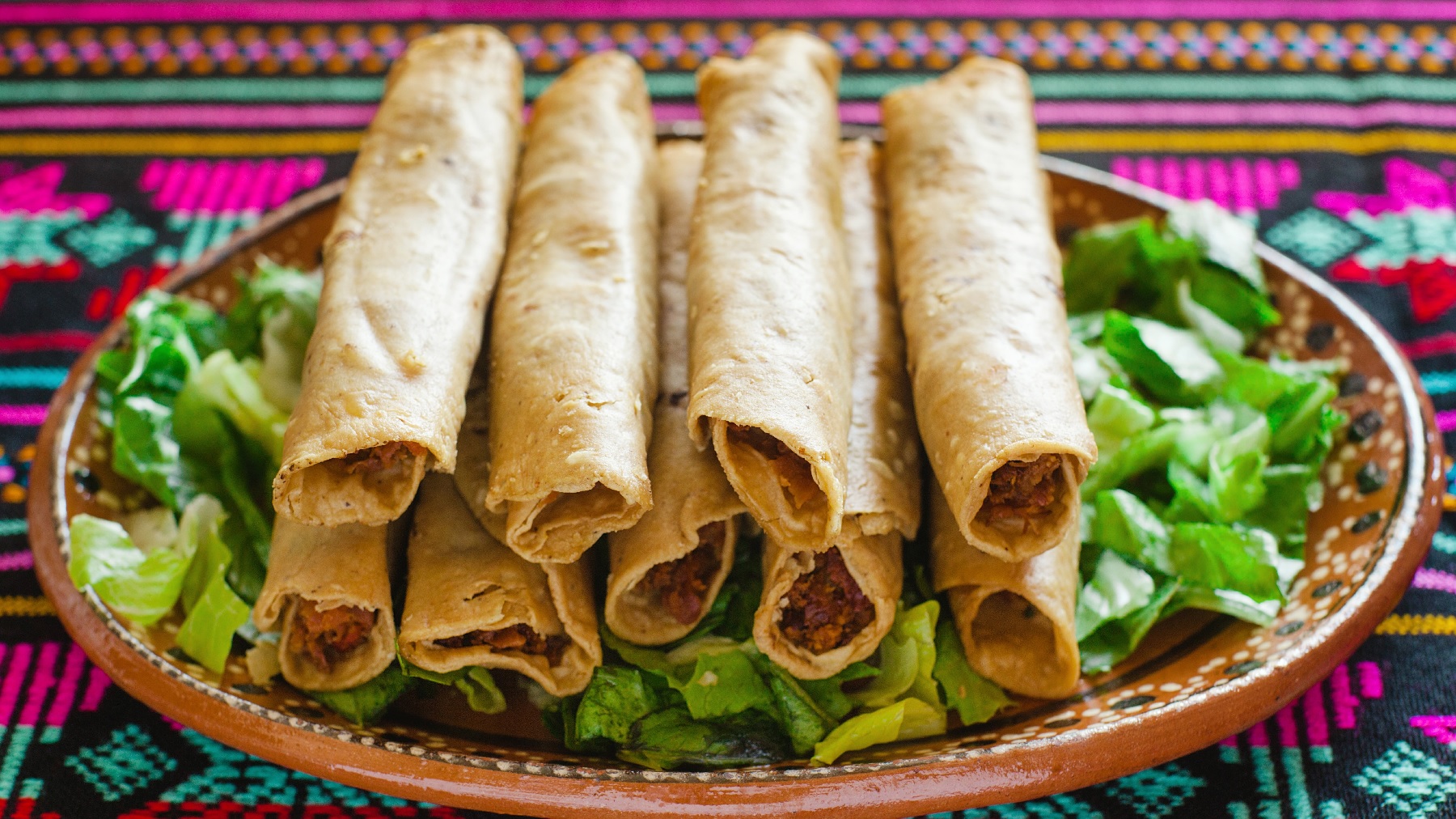 An explosion of pure flavor in every bite: Flautas de Pollo.